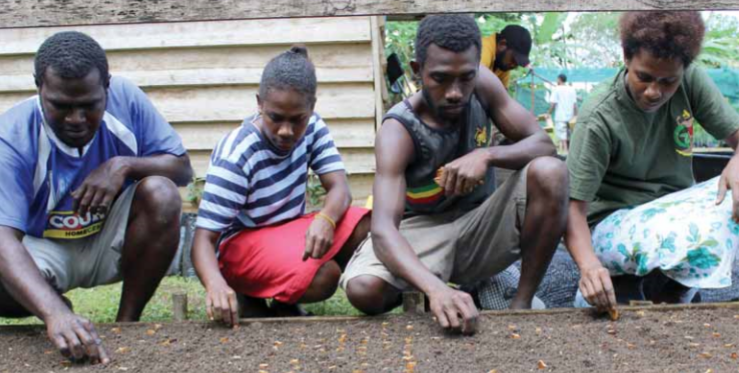 The Government of Vanuatu is in the process of formulating a National Gender Equality and Women’s Development Policy, which will provide an overarching framework for gender equality and women’s empowerment activities in Vanuatu. This policy will build on previous national gender equality initiatives including:

The Vanuatu Technical and Vocational Education and Training Sector Strengthening Program (VTVETSSP), ‘Skills for Economic Growth’, is an Australian government funded program which is implemented in partnership with the Vanuatu government. Through the VTVETSSP, TVET Centres have been established in three provinces as decentralised coordination and service delivery mechanisms for skills training and have now been integrated within the Ministry of Education and Training (MOET).

This document outlines the strategy the TVET Centres will use for the promotion of gender equality in the planning, decision-making and delivery of services in each province where a TVET Centre has been established. The intention is that through this strategy, gender will be ‘mainstreamed’ in all aspects of TVET Centre activities. The TVET Centres have been granted additional funding through the Paciﬁc Women initiative to support the implementation of this strategy.
Creating an environment through the development of legislation and positive economic and social policies for the full development of women is necessary for the achievement of equality, development and peace.