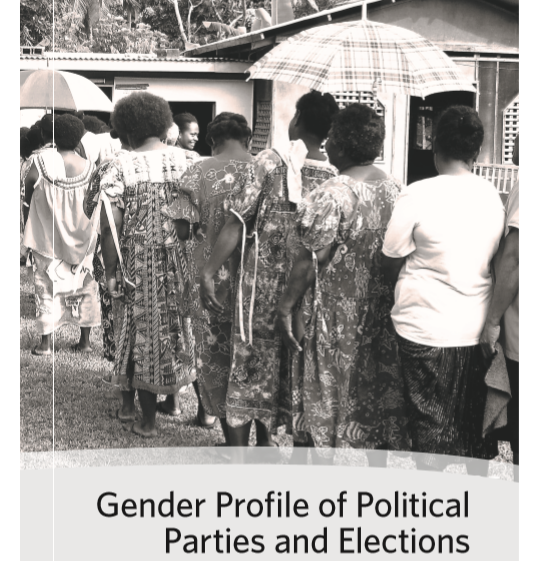 As a signatory to the Convention on the Elimination of All Forms of Discrimination Against Women (CEDAW), Vanuatu has committed to promoting gender balance in decisionmaking and legislative bodies. CEDAW addresses the issue of representation of women stating, “Parties shall take all appropriate measures to eliminate discrimination against women in the political and public life of the country…”

Equity provisions in the Constitution of the Republic of Vanuatu, as well as commitments to advancing the status of women in political governance in the Priorities and Action Agenda 20062011 (PAA) and the Millennium Development Goals (MDGs) demonstrate national policy support. However, progress in translating these strategies into actions has been slow.

This study of gender profiles of political parties and elections is intended to inform the policy direction for the Vanuatu Government’s draft Women in Government policy, through the Department of Women’s Affairs (DWA). The objective of this study is to:

1. Identify what political parties have achieved since independence (1980) to 2008 in relation to women’s participation in politics;

2. Compile data on women and leadership in political parties;

3. Record concerns of political parties on issues of gender equality; and,

The report highlights a number of gender issues identified through the study of women in political parties. These include lack of financial and human resources allocated by the Vanuatu Government to support systematic planning and policy development; lack of commitment by political parties to encourage women’s participation in democratic governance and the need for ongoing voter education and leadership training for women in particular and communities in general.

A range of recommendations are provided which, if implemented through a policy process, will contribute to the advancement of gender equality in Vanuatu. The recommendations will also contribute to improvements in the overall functioning of Vanuatu’s national legislation, which will benefit political parties and the people as a whole.