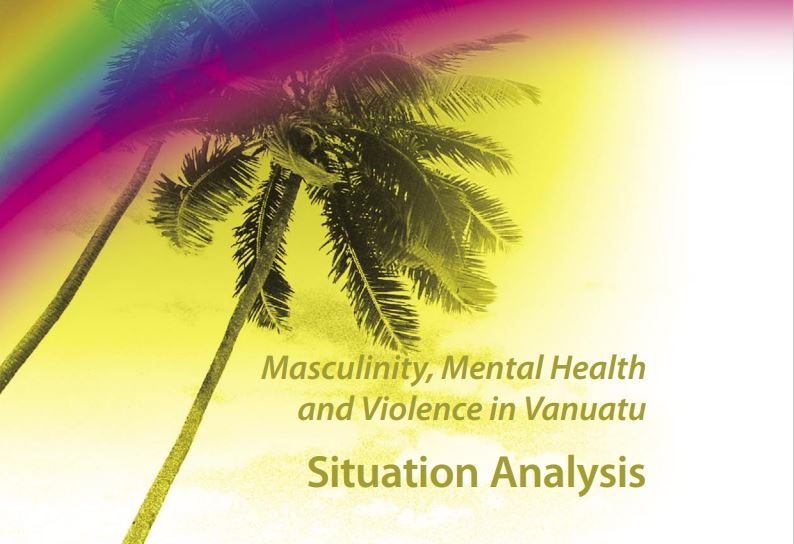 This study was carried out to ensure that activities undertaken by the Mental Health, Masculinity
and Violence Project (MMHV), are research based, and thus appropriate to the needs of Ni-Vanuatu
communities identified.

It is a notion for Vanuatu to move forward in its development stages, it needs a healthy population and thus a healthy economy and hence the interrelationships of the project activities with other FSP projects have to be strengthened.  This study calls for greater focus on mental stressors experienced by our younger generations due to unemployment, lack of good governance, the unavailability of counseling services, civil unrest, and the general lack of opportunities to ensure a decent future including the opportunity for further education. A supportive framework aimed at strengthening collaboration between the community, government, and mental health services is of paramount importance to ensure that Ni-Vanuatu who are mentally ill due to disease or stress, are given equal attention through a mental health promotion approach. It is important to point out that although this study includes violence, mental disease itself does not necessarily lead to violence, as commonly believed. The study presents concern however, that the relationship between the increasing stressors faced by today’s youth and violence is becoming greater. Despite the male focus of this study, policies and activities realized by the MMHV project will encompass
both sexes.