PACIFIC PERSPECTIVES ON THE WORLD 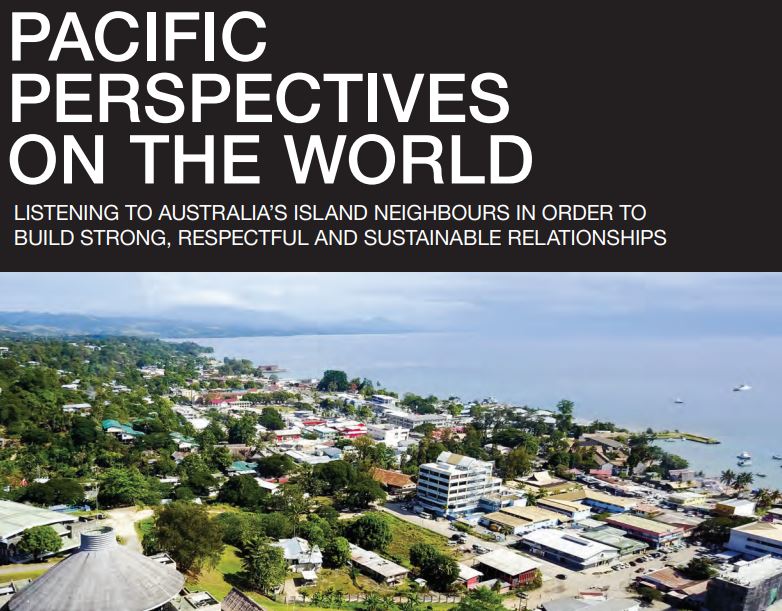 The Whitlam Institute is concerned that Australia’s past and emerging engagement in the region pays insufficient attention to Pacific perspectives – not only official positions but also the voices of ordinary people from across the region. The Institute engaged Peacifica to contribute to filling this gap, to learn from a cross-section of Pacific islanders about their perspectives on the world and their place in it and how other countries (notably Australia) can best contribute to their future.

This report, and the field interviews and conversations that support it, are the first stage in a dialogue that the Institute and Peacifica hope will continue as a constructive contribution to the well-being of all Pacific people and to the promotion of a secure and prosperous region. We want to see an enhanced and comprehensive Australian foreign policy engagement that can better position Australia as a member of the Pacific community.

The research was conducted in Fiji, Solomon Islands and Vanuatu, three countries with which Australia has deep historical, social and economic connections. Its findings relate specifically to those places, but due to the methodologies employed, some can be inferred with confidence to apply more widely given their prominence across the research sites and broader discourses in the region. We will be taking the findings back to the region to explore these questions further.

The research team, comprising Australian and Pacific island researchers, spent time in the three countries in September and October 2019. Around 150 people from diverse backgrounds participated through a series of focus groups and key informant interviews, followed by expert seminars in November, in Canberra and Suva, at which initial findings were presented and discussed.