by VPride | Others, UPR 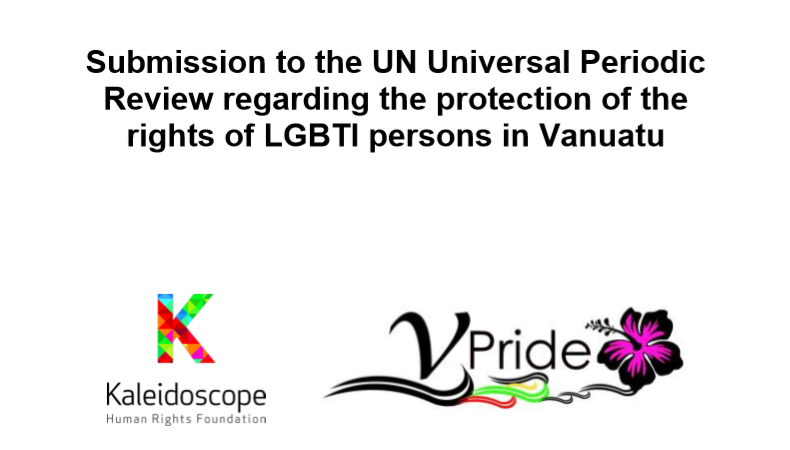 Kaleidoscope Human Rights Foundation has prepared this report with the input and support of VPride Foundation. This report has been prepared for the United Nations Human Rights Council (UNHRC) in respect of the rights of lesbian, gay, bisexual, transgender and intersex (LGBTI) people in Vanuatu.

In particular, Vanuatu lacks laws and policies which:

(a) protect persons from discrimination on the basis of sexual orientation, gender identity and sex characteristics in employment, education, health care, housing and the provision of goods and services;

(b) protect persons from hate crimes and violence on the basis of sexual orientation, gender identity and sex characteristics;

(c) aim to reduce stigma on the basis of sexual orientation, gender identity and sex characteristics; and (d) allow transgender people to change their gender markers on official documents, on the basis of self-determination.