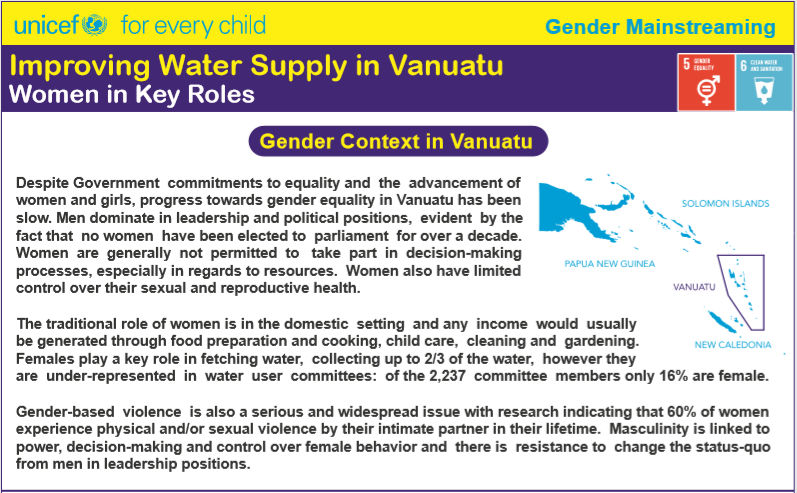 Despite Government commitments to equality and the advancement of women and girls, progress towards gender equality in Vanuatu has been slow. Men dominate in leadership and political positions, evident by the fact that no women have been elected to parliament for over a decade. Women are generally not permitted to take part in decision-making processes, especially in regards to resources. Women also have limited control over their sexual and reproductive health.

The traditional role of women is in the domestic setting and any income would usually be generated through food preparation and cooking, child care, cleaning and gardening. Females play a key role in fetching water, collecting up to 2/3 of the water, however they are under-represented in water user committees: of the 2,237 committee members only 16% are female.

Gender-based violence is also a serious and widespread issue with research indicating that 60% of women experience physical and/or sexual violence by their intimate partner in their lifetime. Masculinity is linked to power, decision-making and control over female behavior and there is resistance to change the status-quo from men in leadership positions.